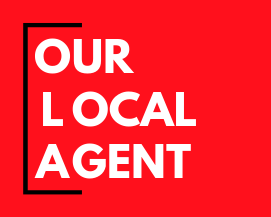 Noble Park is located 26 kilometres southeast of Melbourne CBD and is officially part of the City of Greater Dandenong. The area is known for its quiet, spacious streets and family-friendly atmosphere, offering an abundance of parks and sporting facilities, as well as a variety of schools and other tertiary institutions.

According to a 2016 census, Noble Park Vic has a population of 30,998, with a substantial number of its residents coming from Vietnam, Cambodia and Africa. Today, the suburb is considered to be one of the most culturally diverse locations in the state of Victoria.

But is Noble Park a good suburb and should you consider moving in? Let’s explore what property buyers can expect and whether investing in Noble Park can provide good returns.

Noble Park Vic is a popular residential suburb with a mix of commercial and industrial zones. It has excellent public transportation, with the Noble Park railway station and a number of bus routes servicing the area. However, the primary mode of transport is by car, with 73.6% of people driving to work, and 15.8% using public transport.

Locals can wander and its enjoy numerous beautiful parks located within its boundaries, having afternoon picnics or a game of cricket on the weekends. There also are plenty of schools and childcare facilities in Noble Park and Noble Park North, where parents can find the perfect one for their needs.

Noble Park is a very popular suburb for all ages, backgrounds, and professions. It is a community of young families and old couples, singles and retirees who all enjoy living there for its peaceful environment among a friendly community.

House prices in Noble Park have prospered in the past 5 years, seeing a compound growth rate of 5.3% over that period. When rented, Noble Park offers a rental yield of 2.6%. Rental yield is based on the median house price of $751,000 with weekly rent price of $380.

Unit owners in Noble Park have also seen enjoyed capital gains, receiving a 5.8% price increase over 5 years. Rental units, in contrast, offered an annual yield rent of 3.5%, which is based on the median price of being $519,500 with a weekly rent of $350.

The information shown above indicates units are a better investment than houses, based on rental yields and compound growth.

The Great City of Dandenong, which comprises multiple suburbs including Noble Park, has a higher than average crime rate. The suburb’s crime index stands at 63.73 out of 100, which is above the Australian average.

The level of crime varies with burglary, drug dealing and vandalism, and theft being on the higher end with corruption and physical attacks due to religion, skin colour, and gender, on the lower end.

Things to Do in Noble Park

Whether you’re a one-time visitor or a casual resident of Noble Park, there’s plenty to do, see and learn about. Because it is a suburb that has experienced major recent developments, there are many surprises in store for people who haven’t yet visited.

Some of the places you can visit in Noble Park include:

If you’re looking for a family day out, Ross Reserve’s large district park offers plenty of activities for your little ones to enjoy. There’s an interactive all-abilities playground, sports facility, athletic track, two playgrounds and much more.

For a leisurely stroll with your dog, Oakwood Park has plenty of off-leash space so you can let your furry friend stretch their legs and explore. This area has a covered BBQ area and a seating area, so it’s perfect for a day out with friends.

With a quick bus trip, you can be at Chadstone Shopping Centre – one of the largest shopping centres in the southern hemisphere. It has everything from high-end brands to department stores and cinemas.

If you’re looking for an outdoor shopping area, Dandenong Plaza is the place to go. It’s a one-stop shop for all your basic essentials like groceries, clothes, and homeware, as well as a few speciality stores.

Dandenong Market, also referred to as the “cook’s market” came into existence 150 years ago in South East Melbourne. This haven for all things food offers a variety of local produce and rare ingredients to broaden your culinary experience.

Noble Park is a suburb that has seen continual development and growth in recent years. Considered a priority revitalisation site, the area has several new projects currently on-going, including public facilities, housing, and many other amenities.

The purpose of building Noble Park’s infrastructure to its full potential is to attract new residents and businesses. It also aims to facilitate the economic recovery of the suburb from the effects of COVID-19. Investments that residents have immediate access to include:

As developments continue to grow Noble Park’s COVID-19’s impacted economy, it’s safe to say that the suburb has a bright future. With on-going projects that are intended to positively influence the changing demographics of the area, Noble Park is expected to see an increase in its property market.

However, that’s not to say it doesn’t have its rough edges. As of now, the suburb’s level of crime rate is still higher than average, and lacks entertainment value when compared to other the more prestige suburbs in Melbourne.

For someone looking for stability and affordability, Noble Park is a fine choice. Sure, it may not be the most exciting suburb in Victoria, but it still offers a host of opportunities that most people can enjoy and appreciate.

A Guide to Oakleigh, Victoria

Oakleigh, Victoria is a thriving suburb located in Melbourne and 14 km south-east of Melbourne’s CBD. It’s home to a large number of businesses and cultural attractions, making it a

Located around 30 kilometres southeast of Melbourne’s CBD, Dandenong North is constantly growing. Due to government investment for new facilities and transport upgrades in recent years, the suburb has become

If your eyes are set on Mulgrave, Australia it’s best to know what you’re getting into. This Mulgrave Suburb profile gives a brief overview of Mulgrave’s critical statistics, including demographic,